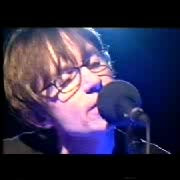 Last nights Shrewsbury gig at The Albert was touch and go really but in the end there was more touching than going. I drove the scenic route which took forever, something I swore I’d never do again after Craig [Gannon] and I got so properly lost awhile ago; still it’s a pretty drive if you like that kind of thing. I make a mental note to use the motorway on return. I get to venue in plenty of time; my face is still a little frozen over as I’ve just had a tooth extracted. I was booked in for a filling but the troublesome molar was deemed unsaveable and so that was that. I park up behind the pub and get fizzy water with ice which seems to help. Simon the sound engineer is in a pickle, half the leads don’t work and three microphones have been stolen from the venue in as many weeks [not exactly a moral builder], the replacements are on their way. I know that gear theft band mistrust feeling but I won’t moan on about here as I’ve done enough moaning of late. Tonight’s support comes from Peloton, a five piece band from Telford who also happen to be friends of mine; I’ve not seen them in ages and warn them not to rob the gear [I’m being flippant here sorry], they arrive soon after my sound check and move directly into their set without leaving the stage. Their drummer is wearing an Aston Villa replica Shirt, it’s the away kit from 1977, what you might call a classic [but only if you’re a Villa supporter of course]. I’ve thought about wearing a Villa shirt onstage but it seems the kind of thing an artist like Vinny Peculiar would never do so I think I’ll leave it like that despite being incredibly tempted. Perhaps if I was gigging in the players lounge at AVFC then I’d make an exception. I am available for such after dinner type sing songs should any of you players fancy booking me, seriously, I can do corporate novelty when I put my mind to it. I caught a story the other day about a scouse comedian doing a gig for the England Team before a recent game. Reo Ferdinand organised it but never paid up though the fee was eventually paid by Steven Gerrard. None of this has any bearing on anything really. It’s extremely unlikely that I’ll ever get to play the players lounge so let’s forget all about it right now.

Peloton’s set is bright and twangy, they do a few covers some of which I don’t recognise [a sure sign of aging if ever there was] but it’s their own songs that are way more interesting, sounding like Joy Division playing Postcard Pop. It’s early days for them yes but the promise is there. The Promise…[dramatic change of subject imminent] oh how I remember that particular Echo and the Bunnyman song with great affection, also, in a related matter, I used to know the bloke who took the sleeve photo for Heaven Up Here, it’s a great photo of the band; four silhouetted figures on a windswept beech set in a kind of grey blue haze. His name is Martin Atkins in case you wondered as I am what he’s up to now. My set is a challenge but one I like to think I rose to. I play a new song called ‘The Songwriters’ finished only the other day and of course I forget the lyrics, abandon the song. This hardly ever happens to me and annoys me no end as I’ve listed to in several times in the car on the way here. I also feel, now I come to think about it, that the set was a tad over the top on the self deprecation and some of the introductions seemed to happen without due care and attention [I do like to beat myself up about these things for some reason I’d rather not go into] but all in all I’m a happy man. People engage with it, I do two encores sell CDs and catch up with people’s lives some of whom came to see me the last time I was in these parts. I finally get out of Shrewsbury by ignoring the diversion signs and trusting my instincts. This for me is an achievement so great I can barely find the words express. Success!VP